Bishop Auckland College, County Durham are to offer a new course aimed at giving young people the confidence and skills to audition successfully for the ITV talent show X factor and other similar TV programmes.

I read this yesterday and shuddered with horror and my short comment on Twitter, along the lines of “God Help Us All,” caused much ‘re-tweeting’ from fellow industry folk and led me to be asked to comment on BBC Radio 5 Live.

So why should a new course stir up such controversy within the theatre industry?

I have always had a fairly negative view of reality TV. Long gone are the light-hearted programmes such as Opportunity Knocks and the last 13 years have seen an explosion in reality TV shows and audience voting from their sofas for the next star.  Those who don’t win the record deal then turn up in the West End or on Number 1 UK Tours leaving legitimately trained performers to understudy the stamina-challenging 8 shows a week.  Appearing on television has become a valid and often preferred route to lead roles and record deals.  Why learn your craft at a drama school or graft for years when you can create a ready-made fan base and the ‘bums-on-seats’ appeal that producers long for?

To me, this new course exploits this quick route to fame by offering an even quicker route to success.  I have nothing against new courses or training for the Performing Arts, despite it being an over-saturated industry, but I am wary of the motivation and marketing behind this particular course at Bishop Auckland College.  It feeds upon society’s desire for 15 minutes of fame and the immediacy in which they want it.  I teach children who say to me, at a scarily young age, that when they grow up they want to be famous, when I ask “why?” they just say “because.”

If the Performing Arts is the area a young person wishes to work in, then brilliant, but we should be training individuals to excel in their chosen field through dedication and detail.  If I were to plan a career change I wouldn’t dream of learning to be an accountant once a week for 4 months and expect to fully understand the skill and nuances involved to do the job well.  The problem with seeing people rise to success via the television is that it appears easy.  I am not so ignorant as to claim that the skills required to be a performer can be likened to that of a doctor or a scientist, but nonetheless, there is a skill-set that cannot be taught to just anyone and being a performer is not easy.

You can learn all the singing technique and confidence on offer but raw talent and star quality cannot be taught.  This seemed to be the ethos behind the X Factor; an indefinable star quality that makes someone watchable.  A 17 week course cannot teach somebody that. 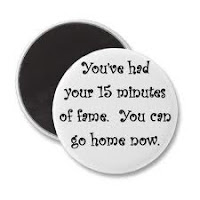 I cannot disregard the positive effects such programmes have had on the theatre industry within UK; I recognise that they have opened up the theatre to a new type of audience and revenue has risen.  Many of these reality stars who succeed from this initial spring board do have immense talent and graft very hard to retain their positions, just look at Samantha Barks.  Every type of performer has a place within the entertainment industry from Adele who excels in her craft to Jedward who.......well, they do what they do because people voted for them. I do not judge the participants at all, they are wisely taking the option society offers them and moving with the times.

Head of Arts, Music and Performing Arts at Bishop Auckland, Mike Jinks, actually seems to have some good motivation behind the new course


"The course is also about giving people real, transferable skills. The biggest thing they will get out of it is confidence, whether this is for a future singing audition or a job interview."

In a world of I-pads, computer games and poking on Facebook any social and communication skills we can teach young people is highly valid, but Mike Jinks adds,

People auditioning also need to know that the ones who succeed on X Factor don't just walk in there blind. It's not about just wandering in, singing a song and you're famous,"


No, it’s about courting the media and letting the production team say you used to work in a call centre despite you completing a preparation course such as this.  Elements of this course may benefit applicants but the message that it’s aimed at X Factor success is the problem.  Should people aspire to win X-Factor, a short cut to the fame, whilst others achieve it through more traditional methods?  Or is it “if you can’t beat ‘em, join ‘em” mentality?  This seems to be the way that enterainment industry is going so are you silly not to benefit from the only chance you may have to achieve your dreams? 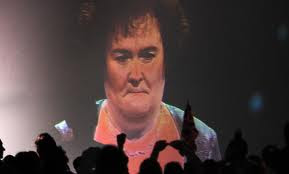 The media around this course just makes the actress in me sad; sad that TV reality searches have such a place in society that these courses have become relevant and sad that aspiring performers don’t seem to want to succeed as a jobbing actor but be catapulted towards stardom.  Many of my contemporaries and I became actors because we loved and respected the craft of Sir John Gielgud, Bernadette Peters and Nat King Cole and whilst the success of One Direction and Olly Murs is undoubtedly admirable, it is not the dream I dreamed.

This post was originally written for www.thehuffingtonpost.co.uk
Posted by Daniella at 20:23