What happens in Vegas stays in Vegas - Prince Harrys through History

So we’ve all seen Prince Harry’s bottom today, big deal.  He is holidaying in Las Vegas and some “loyal” companion has sold photos of him in his VIP suite playing strip snooker on a drunken evening to American site TMZ.  The media has gone wild sharing some delightful puns such as “he really has put the crown jewels on display” and he “bares all,” and is demanding some reaction from The Palace.


But The Palace walls have seen it all before.  Prince Harry is not the first royal playboy and he certainly won’t be the last. 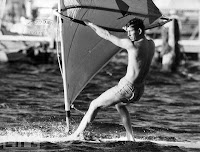 His father Prince Charles has had his fair share of the headlines and his uncle Prince Andrew is sadly still doing it; a constant PR problem for The Palace with travel expenses and flings.


Some of the most glorious royals in history were naughty.  Comparisons have long been made between our Prince Harry and another handsome red-headed Prince, Harry Tudor.  He, too, as a second son was not expected to become King and therefore didn’t have that burden or responsibility.  But before he became notorious for those 6 wives and The Reformation, King Henry VIII was the famed, fun-loving playboy of his time.  The image we have of an overweight, disease-ridden King from his later years is far from the handsome and athletic young Prince who was adored by everybody and brought glamour and glory to the court (remind you of anyone?)


King Edward VIII, Prince Harry’s great-great-uncle, is another famous wayward royal.  By defying his Father and marrying a divorcee, the former Prince of Wales draws obvious parallels with our own Prince of Wales and his marriage to Camilla, Duchess of Cornwall.  But Edward VIII, known as David, was also a notorious womaniser and playboy.  His reckless behaviour in the 1920s and 30s worried many people as he sailed carefree around the Med on yachts and socialised with questionable people.  His personal secretary Alan Lascelles was documented as saying


“for some hereditary or physiological reason his normal mental development stopped dead when he reached adolescence".


Royalty aside, don’t we all know a few men in their 20s who party too hard until responsibility comes a-knocking?  But Prince Harry has begun to face his responsibilities; certain parts of the media choose to forget how Prince Harry was celebrated for his part of the Jubilee tour where he melted hearts in Jamaica and successfully conveyed the youthful representation of The Royal Family. His well-received speech included
“I count it a great privilege to be standing here tonight, representing The Queen in Jamaica on her Diamond Jubilee. Her Majesty has asked me to extend her great good wishes to you all, and is sorry that she can't be here - so you're stuck with me... but don't worry, cos every liddle ting gonna be alright!”
To me, he, or at least his speech writer, got the tone completely right.


He was also chosen to represent HRH the Queen at The Olympic Closing Ceremony; maybe nobody else wanted to sit through Emeli Sande and Russell Brand and who can blame him for a blow-out holiday after that?


We all love Prince Harry; women of all ages not-so-secretly- fancy him, men wish they could be him and we all forgave the Nazi gaff, blurry late night exits from nightclubs and so, of course, the nation can forgive him this.
On a news day when a young girl has tragically drowned with her granddad in Portugal, we are still debating the definition of rape and the death of locked-in syndrome sufferer, Tony Nicklinson do we really need to waste our brain cells worrying about this?

Don’t forget this is the year to be in love with The Royal Family; the Diamond Jubilee, the emergence of William and Kate as the faces of “the new royals” brand and Princesses Beatrice and Eugenie wearing better outfits.  For goodness sakes, this is the year that the Queen did a skit with James Bond so cut her and The Palace some slack.  We don’t need Royal comment or apologies, they, like the rest of us have got much better things to be doing.
THIS POST WAS ORIGINALLY WRITTEN FOR THE HUFFINGTON POST
http://www.huffingtonpost.co.uk/daniella-gibb/prince-harry-what-happens-in-vegas_b_1821067.html?utm_hp_ref=uk
Posted by Daniella at 17:20