What 'Reality Shows' us - thoughts on The Voice

Whose Twitter feed or Sunday paper wasn’t buzzing with comments about BBC’s The Voice final this weekend?  The coveted Saturday night entertainment slot was filled once again with budding singers; less “singing for their supper” and more “singing during mine.”  Thousands of contestants had been whittled down to only 4 by celebrity judges and were competing for a record deal. 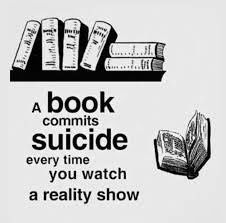 As I have previously stated, nay shouted, on this blog – I am not a huge fan of reality TV especially when it infringes onto the theatre industry.  (Here are my thoughts last year on the search for Jesus on The Huffington Post http://www.huffingtonpost.co.uk/daniella-gibb/jesus-christ-superstar-is-coming-_b_1649164.html ) But I have relaxed my past opinions after supporting some colleagues and watching friends navigate this new terrain.  I detest the producers, hosts, judges and morals of these shows but I truly admire the courage and skill of the contestants.
They sing live every week and leave themselves open to opinion and ridicule.  On a slow news week they could be plastered over a weekend tabloid without any experience in how to deal with the gutter press.  I can’t handle the internet forums where people post “informed opinions” on West End performers’ talent and have panic attacks of self doubt before going on for an understudy - so I would not be a happy contender.  I just don’t have the bottle.
The reality of these ‘reality shows’ is that it is now a viable way to pursue your dreams.  It may not be an option for us all – but for those with self-belief and determination, why not put yourself out there?  Ernest Hemingway said to his son,


“You make your own luck...You know what makes a good loser?  Practice.”


And I have come to think that maybe waiting for the right audition, big break or practising hard may not be enough.  Self-promotion is part of our job but there is a fine line between maintaining an online presence and ‘tweeting’ clips of you singing “On My Own” to Trevor Jackson.  If you don’t want to sit in the ensemble for the rest of your life, how do you get to the big time when that the “working your way up” route is obsolete?
People always say that success in this industry boils down to luck (along with a little talent and having a casting director for a Mum) but ultimately you need luck on your side.  But should you wait for it or go out and snatch it?
Having worked with the wonderful Matt Henry (The Voice finalist 2013) for the majority of last year, we all said how insanely talented he was and wished we could hear him sing something other than ‘Schadenfreude’ (although it was awesome!)  He went for it and look what happened?!  He is gigging, will get record deals and if he ever comes back to us folk in the West End, casting directors will be asking for him not putting him through a dance call at Dance Attic.
We’ve seen the success of reality show contestants such as the lovely Daniel Boys, Lee Mead, Connie Fisher and Samantha Barks (anyone heard of her??!) – these shows do open doors that our usual careers won’t allow.  I have shared dressing-rooms and stages with many uber-talented people who have dreamt of landing lead roles or record deals, but these stay aspirations.  The sad fact is that nowadays you need to gain notoriety before attaining these dreams.  People need to have heard of you if they are going to part with £70 to hear you sing.  Do we need to think outside the box and move with the times?
Like I said, this reality cannot be for everybody.  It certainly isn’t an option for me – whether it’s through lack of talent, bravery or just having a face for radio rather than TV.  But the lesson behind the glitz and glamour seems valid – only you can make your dreams happen (and perhaps sometimes you have to go out on a limb and sing on the telly to do it.)
And I think I can safely say on behalf of the Avenue Q lot, “Matt, we are so proud of you.”