This week the open letter from Sinead O’Connor to Miley Cyrus has been highly publicised.  The Irish pop star in her late 40’s tried to offer advice to the wrecking ball-swinging young popstress; suggesting that half naked ‘twerking’ isn’t conducive to a long career and suggesting she look after herself as no record company has her best interests at heart.  We all know that when you’re young, the advice from those older, wiser folk falls upon hard ears, or at least bounces off of the Apple earphones.  Miley Cyrus responded to Sinead’s motherly words with a metaphorical middle finger.  Nice. 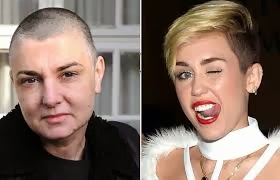 One of life’s ironies seems to be that only the young know everything (or really think they do,) only to become less sure and more open to learning with each passing year.  But should young people be warned about the pitfalls of life?
Isn’t the point that we’re meant to make mistakes to become the wise and battered version of ourselves filled with hindsight?  Isn’t that what makes life interesting?
I was chatting with some aspiring performing arts students last week answering their questions about the profession that drama school lessons don’t have time to address.  Things like, is it possible to sustain a relationship through college?  Do actors really cheat when away on tour?  Will they ever make any money from this job and be able to have a family and house? Suddenly at 32, I was advising very much through the power of hindsight but with an awareness that I shouldn’t crush their dreams with too much reality.  It’s not my place to take away the mystery of the journey by dousing their fires of passion with bitter old recriminations.  That’s not advice, just self-indulgent bile! 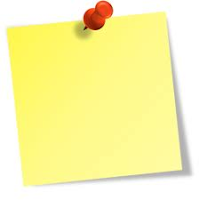 But both these events got me thinking about what advice I’d give to myself – don’t worry I am not going to join the bandwagon of writing an open letter to myself!  Merely a few yellow post-it notes of “shoulda-woulda-couldas!”
Stretch – 8 year old Daniella managed to do the splits once in a French caravan park.  Yes, ONCE.  If I had listened to my dance teachers and actually done a few regular stretches in the ad-breaks of Home and Away then I wouldn’t have found myself in the disaster, that was my audition for “Charlie and the Chocolate Factory”, 23 years later.  The audition dance required the auditionee to jump into the splits for the final position, not tentatively slide but JUMP.  I suspected that some of the 50 girls in the dance call would be equally nervous as I, by this insurmountable feat.  But no, everybody leapt without a care in the world and fell into a comfy, leg ripping final pose.  Everyone but me, who was left standing, only to pathetically creak into a jazz split in an attempt to join in.  Mortified!  Young Daniella - do stretch; or you will end like that one-legged Barbie doll at the bottom of the toy box who no-one wants to play with. 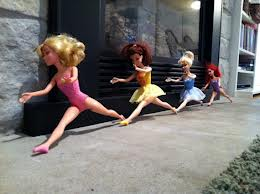 Don’t eat that – I spent much of my early years thinking I hated pizza and so my mum improvised with my favourite condiment to make me eat them.  I ate peanut butter pizza topped with chicken and sweetcorn for years.  If only I could run back in time and rip it out of my hands, telling my younger self that those carb-laden, heart-attack inducing dinners will stay on my hips forever and no amount of low-GI eating in the future will shift it!
Remove the blinkers – Now this is a new addition but it comes from a place of hindsight and not regret.  I would advise my younger self to go to university and follow any academic potential I had.  I know it’s a bit “Sliding Doors” to wish I had taken a different path and perhaps I would still end up in the same destination but from this viewpoint, I would advise myself to shun a musical theatre course.  You need to have blinkered determination to pursue our wonderful profession and mine were securely in place from a young age - so perhaps like Miley and Sinead, the 32 year old me wouldn’t have a hope in hell of getting through to myself! 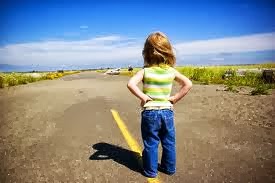 I don’t think it’s healthy to keep looking back, trying to re-think the past.  Writing this has helped me see that open letters have no place in my little world.  I appreciate any advice people can, and will, offer me and love to learn from others, but to advise my 20 year old self?  I try to learn from my mistakes (peanut butter pizza bases, anyone?) but I think it’s a good idea to look forwards and forge ahead; happy to make new mistakes but safe in the knowledge that I will never swing nude on a wrecking ball!
Posted by Daniella at 19:12