Superstar is coming - that's the reality

Last Saturday saw the first episode of Lord Andrew Lloyd Webber’s search for Jesus Christ Superstar on ITV.  It seems like the ultimate quest – trying to find a Jesus Christ.  People are always seeing images of Him; only two weeks ago His face appeared to two men on the side of a Chinese takeaway in Sunderland.  But could this image have the abs for a loin cloth and sing falsetto in arenas around the UK opposite a Radio 1 DJ and a former Spice Girl?


Lord Lloyd Webber has his work cut out.  Yet again, the usual audition process, that we were drilled in at drama school, has been shunned for weeks of live singing on the television in front of a panel of celebrities.  He will be assisted by Dawn French and Jason Donovan in his search.  They certainly add more calibre to the panel than in past versions; at least Donovan has performed in a Lloyd Webber musical as Joseph (of Dreamcoat fame,) who also rose from pages of The Bible so he must be able to offer some valuable advice and French’s qualifications as “The Vicar of Dibley” may prove to have godly insights despite menial musical credentials.  The last of the panel is renowned West End Casting Director, David Grindrod, who my 21 year old self auditioned in front of for Mamma Mia! all those years ago; still as scary as ever! 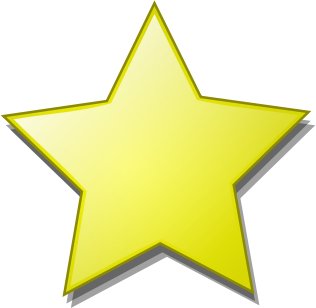 Whatever my personal feelings about reality TV searches you cannot deny that they certainly get the ratings.  Millions of people tune in to watch their favourite young hopeful (whose three year drama training is cleverly replaced by a career as a cold-caller) and book tickets to see them perform the ultimate prize.  And there you have the real reason behind these programmes; revenue.  Searching for a Nancy/Maria/Joseph has enhanced audience figures and introduced people to the theatre who perhaps would have previously been loathed to leave their sofas for a night.  But if “that ginger girl who we voted for off the telly” is playing Dorothy then more tickets are sold and West End profits are up.


The ultimate prize this time is to play Jesus in the arena tour of Jesus Christ Superstar alongside Chris Moyles as Herod, Tim Minchin as Judas and Melanie Chisholm (Sporty Spice) as Mary Magdalene, not an unknown in sight.  “Jesus Christ Superstar” is a rock opera penned by Lord Lloyd Webber and Sir Tim Rice in the 1970s with huge box office success in the West End and around the country.  Lyricist Sir Tim Rice is notably absent from the programme, although he supports a new arena tour version he has called the TV talent search “tacky,” and was quoted in The Daily Mail at the beginning of this year:

“I really don’t think Superstar needs that tasteless reality television treatment. Those shows are relentlessly downmarket, which is fine if the show is a lightweight bit of fluff.  I am fully behind an arena show, but I just don’t think you need another television series to do that.”


The tour itself only amounts to eleven performances over a one month period; hardly a challenge of vocal or performance stamina.  Perhaps this is a lesson learnt after past winners haven’t been able to last the rigours of an eight show week and so will negate the need for “runner-up understudies” to appease the expectant audience.  It is horrible to be the “normal” understudy of a reality show winner; as your name is announced before the show you can hear the groans of patrons and squeak of theatre seats as they hurry out to demand a refund at box office.  You don’t really feel like listing your “favourite things” after that!

So what can we expect from the new Saturday night search for Jesus; fresh-faced hopefuls, impressive voices, sob stories and rising against the odds?  Columns of media hype and interest is a dead cert and plenty of ‘tweets’ and water cooler discussions regarding the success of John from Croydon’s rendition of Maroon 5’s “Moves Like Jagger” can also be expected.


Introducing new people to the theatre and filling our auditoriums is something that even the most disgruntled performer cannot disagree with, we want our industry to thrive and the whole nation will have an opinion on musicals during the coming weeks.

We cannot change the way musical casting is evolving; Superstar is well on its way and who I am to challenge the Lord?
(This post was originally written for The Huffington Post)


Update!!! – I watched parts of the two episodes screened over the weekend (for research purposes only!) and luckily I wasn’t playing some kind of “down a drink when you spot someone you know” game or I would have been sozzled.  Men that I have auditioned with, done West End shows with and are Facebook friends with, all kept appearing and rockin' out for the panel.  Not just ensemble boys but well-established West-End leads; a sign that they are moving with the times or sad that this is the only way that proven talent can now get jobs?  Let’s see how many of them make it past the builders and pub singers to the live shows........
Posted by Daniella at 11:38