We are taught from a young age to “Be Prepared;” whether as a woggle-wearing Scout or in a PSHE class when you are handed a banana and a Durex and told to do your best.  If you are prepared for any eventuality then you will never be fazed. 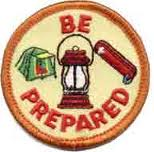 Well I was well and truly caught on the back foot earlier this week because I admit I've been resting on my laurels a bit lately.  I haven’t given my ‘actress-self’ an airing for a while; with moving house, nesting with my man and teaching in-between, the bright lights of London have become a bit blurry now that I am an extra 30 miles and a £28 train fare away.  In this slothful state I have been hypocritically teaching my students that they must practise everyday to improve (Hello Kettle, you’re black!) yet I have not been keeping on top of things.


On Tuesday I’d planned a trip to Kent to see a friend in a play and was thoroughly enjoying myself when I went to turn off my phone before we went into the theatre and saw missed calls from my agents!  Now the last time that happened was for that ill-fated physical theatre audition (see previous blog) and so I was naturally apprehensive plus the fact that it was 7pm.
Words swam through my voicemail saying that I had a last minute casting for a highly reputable regional theatre, a place that I had been begging to get a meeting with for yonks.  “Hooray!” I thought only to go weak at the knees when they added could I read the whole script, learn the French song attached (in French) and take my own French song all for 12 noon the next day.  French songs?  Tomorrow? 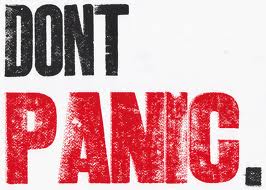 16 hours until the casting - 17% battery left on my phone, no 3G and 94 miles from home with a Samuel Beckett play to watch.  I glazed over and found my seat in the auditorium; Beckett’s words mingled with my brain’s desperate attempts to remember if I ever sang anything to my GCSE French oral examiner?
13 and a half hours until the casting – a round of applause and a hasty exit found me back on the M25 and in a ‘petit meltdown!”  Could I sing a song from Les Miserables?  It’s written by Frenchmen and set in France so I could cobble together a version of On My Own with an accent, what would it be...”Toutes Seule”?  Non! This is a play you “musical theatre, keep dining out on the fact you were in Les Mis once,” fool!
‘Frere Jacques’ was thrown into the equation, but I came unstuck after ‘Dormez vous’ and belted out ‘soggy semolina soggy semolina!’  The only other option was the French classroom classic “Quel est la date de ton anniversaire?” my best friend and I do a brilliant version where we rap all of the months of the year but was it right for 1940s France and did it show off my vocal range?  This wasn’t going to work, so far, Daniella Gibb – Nil Pois.
12 and a half hours until casting – finally back at home I proceeded to print out the 85 page script and battle my heavy eyelids to read to the end.
3 hours until the casting – I had wasted precious hours sleeping although my baggy eyes suggested otherwise.  My poor boyfriend got an early morning alarm in the form of my vocal warm-up to blast him awake as I paced up and down warbling in French and muttering at how talentless I was.
2 and a half hours to go - I thought I could maybe make-up for the lack of preparation time if I could blind the casting director with my lookey-likey ability.  You know how I love any excuse to dress like the part; so I donned by most nun-like black dress, crucifix and 1940s hairdo. 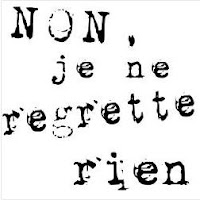 1 hour until the casting – sipping honey and lemon on the train I tried one last attempt to learn the French songs; I may have had “No regrets,” but I think the commuter next to me definitely regretted his choice to sit next to the mad, singing lady for 53 minutes!
As with all auditions, I was in and out within 15 minutes and stood shell-shocked outside wondering what on earth had just happened in the last 12 hours.  During my huge adrenalin come-down I reflected on the moral of this tale.  I had fallen into the trap of the “resting actor” and forgotten that I have to be ready at any moment to become the actor-me again.


As an actor you may have 3 castings a week or nothing for months but you mustn’t forget your “raison d’etre” (gosh I just can’t stop the French now can I?!) whilst you fill the in-between time.  It is easier, and sometimes a way of protecting yourself, to get lost in your bar-work, teaching or other pursuits and put your acting on the back-burner.  But if performing is the thing that makes you truly alive then you can’t let those skills drift away.  When I was studying for my fitness qualification I learnt that it takes only 2 weeks of no exercise for the benefits of all your months of training to disappear and just because I did 3 years of drama training 11 years ago doesn’t mean that my singing and dancing skills will still be at their peak.  Performance skills, like everything from Marathon training to your mental capacity for crosswords, are muscles that need to be worked.
I hope that the tale of my stressful audition will prove to be a modern day fable for performers. I am not so blinded by the light of revelation that I am off to ballet class but I may go sew a Scout badge onto to my jumper to remind myself to always “Be Prepared!”