I wrote a blog last year about the perils of show-mances, my definition of relationships between actors on tour.  It was inspired by headlines suggesting Gareth Gates had been ‘playing away from home’ with a co-star and they reminded me of all the horrid mis-trust, lying and devastated lives that become the casualties of actors finding solace at work.  Uplifting stuff!


But what about those relationships that do work?  Because late night kisses after a cast night out can sometimes turn into ‘happy-ever-afters’.  This blog is inspired by birth of a little baby girl to two of my touring friends who have proved that show-mances can work.  On the day of her birth an ABBA track, from the show which we all worked on, came onto the radio as I was driving home so I belted it out (harmony line 2 only, of course!) beaming with happiness for my dear girlfriend and her new family.
A large majority of the human race meet our spouses through work.  It makes sense as work takes up a third of our day and we meet people with similar passions and schedules.  It can be beneficial to share your life with a fellow actor.  On a few occasions I have been known to scream “NEVER AGAIN!” at the stars after an acrimonious split that left me weeping into my jazz shoes.  I have sworn allegiance to “normal men” only to fall back into the arms of an actor.  Dating a bloke with a normal job is tough when your only availability is 10.30pm after work on a Saturday.  It is also hard to explain the eccentricities of our world; not many men would accept that it’s OK to have their girlfriends snogged by random people or called ‘babe’ every 5 minutes.  My other half is an actor and even he finds the familiarities of a musical theatre cast disconcerting in spite of their luvvie innocence.  We are a strange breed.
A fellow actor or creative understands your work patterns, sporadic income and emotional ups and downs.  They recognize the fallen look when on the phone to your agent and the resulting torrent of tears just as they can fully celebrate the jubilation and relief of a “yes!”  Acting can easily become your life so where better to meet a potential spouse than at a read-through of a new job?  You live, eat and breathe a show once you’re in it and so relationships naturally form. When discussing relationships within a company in his book “The Rules of Acting,” Michael Simkins says, “it’s all too easy to meld fiction with reality.”  The trick seems to be remembering your reality (a common theme on this blog) and making space for your new relationship within it. 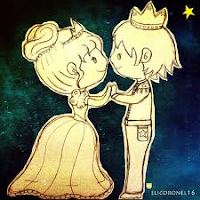 Yes show-mances can go wrong – there are many perils as you cross the threshold to post-contract world.  You may find that you have nothing to talk about when all you had in common was fellow cast members or show gossip.  The transition to unemployment can also be a struggle if you are used to courting (I love an old-fashioned turn of phrase!) with security and cash in your pocket, life ain’t so rosy when you’re searching for work and struggling to pay the council tax.  And what about if one person gets a new job and the other doesn’t?  Shakespeare’s “green-eyed monster” can often rear his ugly head.  As a naturally insecure bunch, actors fall prey to jealousy when threatened by better jobs or new cast mates.  Despite knowing the etiquette of post-show drinks or group outings to the gym it suddenly feels threatening when your other half is doing it in Grimsby without you.
To quote the wonderful Michael Simkins again (have I mentioned BUY HIS BOOK!!?) “Everything about the acting game is designed to conspire against domestic compatibility.”  But my friends and their new baby girl, plus the countless other I couples I know, endeavour to prove this wrong.  I say ‘endeavour’ because it is a struggle, but what relationship isn’t?  But with SKYPE, understanding, mutual ego-stroking plus the luck of finding that one right fellow actor, we can have those finale endings that we portray on stage every night.  This pantomime princess may have had the happy accident of finding her Jack (insert your own crude quips about the beanstalk) leaning against a provincial pub jukebox, but I choose to omit the drunken beginnings and focus on the happy ever after! 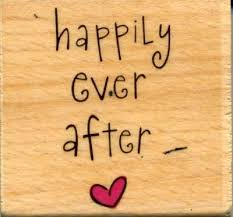 And as I muse and meander on this subject I can only plaster a massive grin on my face and feel my heart brimming with joy for my tour friends and their baby girl.  They don’t sing ABBA tracks and aren’t tour folk anymore, it was merely the source for a show-mance done good.  Congratulations!