St. Pancras Hotel was the perfect location to launch a new British musical where the motif, creative team and subject matter all scream national pride.  The building was actually used by The Spice Girls in the “Wannabe” video 16 years ago but yesterday the girls returned as women, in slightly more clothing with acrimonious splits seemingly behind them, to launch the musical based upon their music, “Viva Forever.”

Another pop musical? I thought we had moved beyond that fad and re-working films for the stage was the new trend.  But apparently not, despite the arrival of “9 to 5” and “The Bodyguard” musicals we also see a new Tina Turner musical and now “Viva Forever.”  God forbid, we take the box office risk of attempting a new musical with an original book and score.  But The Spice Girls musical, “Viva Forever”, could be different.  The Spice Girls may not have the longevity of Queen or ABBA but they are a modern pop phenomenon in their own right and judging by the hype around the launch yesterday, “Viva Forever” has a good a chance as any at succeeding in the West End.

“Viva Forever” has been whispered about in theatre-land for a few years now but launching it in 2012, a golden British year for Olympic Games and the Diamond Jubilee seems fitting.  The production team is all home-grown too; Producer Judy Cramer has had global success with “Mamma Mia!” and playwright Jennifer Saunders is an English sweetheart of comedy.  Cramer clearly knows how to make a pop musical work and from my experiences in “Mamma Mia!” she creates a warm and happy working environment.  Throw in the wit of Absolutely Fabulous’ Saunders, a great British director in Paul Garrington and The Piccadilly Theatre and you have a powerful British cocktail; all you need is some Pimms and a cucumber sandwich. 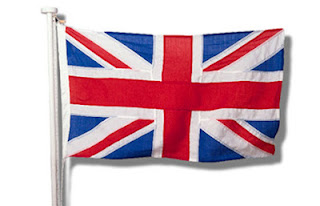 The Viva Forever emblem shows a girl bursting out of the Union Jack; echoes of girl power and that infamous Geri dress, it declares all things “Spice”.  The story concerns a young girl group entering a TV reality competition and all the pressures of fame and friendship that come with it.  Reality TV?  Hardly innovative Ms Saunders, but then the old formula of girl meets boy, they break up and get back together is done to death without raising an eyebrow.

So why do I think Viva For-Now?  Gone are the days of musicals that endure such as “Les Miserables” or “Phantom of the Opera”; either audiences don’t return as they once did or the pull from the armchair and 100s of free channels has become too great compared to growing theatre ticket prices.  Musicals are closing far too often but I know similar things are happening in many industries, 2012 is sadly also synonymous with financial struggle as well as great English events.

“Everything in life is only for now” say the profound lyrics in the musical “Avenue Q.”  I sing them every night and it can be a great comfort when crying about boys, money or split ends but it also means things should be enjoyed too.  I think theatre-land will embrace this new musical not just as a new job opportunity but because of the team and ethos behind it.  My past experience of singing Spice Girls music has been limited; Wannabe in Kingston Bentalls Centre to win some Superdrug So? Perfume (remember that!!) and a dodgy karaoke version of Viva Forever in Magaluf.  But I am sure that I, along with hundreds of others, will be studiously learning six part harmonies to “Mama I Love You” and practising walking in platform trainers again for the auditions.

But can I beg one thing Ms Cramer?  You don’t need Selena Gomez or that girl from Tracey Beaker in the lead role, Mamma Mia! has done terrifically well for over 10 years with unknown musical theatre talent and “Viva Forever” seems strong enough to sell itself too, so don’t cave in to box office pressure.

So in these precarious times in the West End it may be only “Viva For-Now” instead of “Viva Forever” but lets enjoy it; our inner teenager will totally let our adult-selves pay for a ticket even if those famous five ladies don’t make an appearance!
(This post was origianlly written for The Huffington Post) http://www.huffingtonpost.co.uk/daniella-gibb/viva-fornow-the-new-spice_b_1629842.html
Posted by Daniella at 00:08