Just Say No! A new campaign to get answers for actors

There is a new Twitter campaign asking that actors be given a ‘NO’ from casting directors/directors if they have been recalled for a job but aren’t going to be taken any further in the casting progress. Give Us A No @giveusano believes an actor has the right to find out about a recall audition as a working professional.

Is this fair? Do actors have rights? Should we be allowed to get closure from a round of auditions so that we can focus on a new project? Or are we being too emotionally needy and demanding too much?

Closure is quite the buzzword these days – we can’t get over an ex or move on from a situation until we find this elusive ‘closure.’ Closure is defined as
“an individual's desire for a firm answer to a question and an aversion toward ambiguity. “
How can we move through our day with a grey cloud of uncertainty about the ‘cast change for Cats’ looming murkily above us?

Let me describe a standard audition process; you have a first round (this can be through an agent or an open call where people queue up for hours around a theatre) There are so many auditionees at a first round that you only expect to hear anything if you are going to be recalled. This seems fair enough, it’s part and parcel of the lottery process. Recalls can be anything from 1 more round to infinity. One musical theatre actor had 8 recalls for Dirty Dancing only to not get the gig. Ouch.

Being recalled means you invest time and money into the process. Not to mention you start to plan your life should you actually get the job. (Yes, this is ridiculous, but actors cling on to any type of dream) There is the time taken to learn audition material and time to be taken off from your day to day work. There is the cost of potentially meeting a pianist to run through new show material, the cost of printing off a whole to script that’s been emailed to you and the cost of your Travelcard when you’re required to be at an early morning call. All of this up to 8 times.

Stop moaning precious actors, this is part of your job. We can put our train tickets through our tax etc but in America some actors are paid for the audition process. Because, as I said, it is part of our job. Are we asking too much when we already get to do our hobby for a living? Should we just be grateful to be seen at all?

When I first started out (11 years ago) I was always given an answer either way from my agent. Whether it was a first round or a final, I always had some kind of feedback and answer. It meant I found out what I could improve or just to stop waiting to see my agent’s name flash up on my mobile screen. I once had the (ill-thought) balls to phone David Grindrod in person and ask why I wasn’t getting an audition for The Woman in White. I was 21, out of work for the first time since Mamma Mia and naively thought that seeing he had just cast me, he would obviously love to chat to the little blonde ensemble girl! So I rang him and asked why? He asked ‘Well, can you sing a top C?’ I said, ‘No,’ ‘There you go then,’ was his answer. Very foolish, but at least I had an answer. I had closure. (And maybe a big blotch on my copy book at Grindrod towers!) 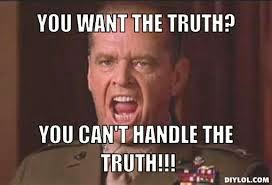 Now, you have to ask. This isn’t the fault of the agents because they don’t know either. Is too many of us or too little time? We know that the industry is saturated with people so maybe it takes too long to phone 100’s of individual agents. Maybe there aren’t enough people in the casting offices to do that. But isn’t that why we email everything now, to save time? Wouldn’t a quick cut n’ pasted courtesy email be enough to show an actor some courtesy? I think so, it doesn’t take much to make us happy. Even a What’sApp message would suffice.

The rise of social media plays a huge part in this debate. Perhaps the casting teams don’t have time to answer everyone before news is leaked online. “Amazing news guys.....sworn to secrecy, wish I could tell but I might be climbing a barricade soon, wink, wink!” you know the type of irritating tweets I mean! Cast lists are posted via theatre sites in seconds. I auditioned for a job recently and was politely waiting to hear 24 hours later, only to find on my early morning Twitter scrawl that the cast list had been announced. My name wasn’t on it so I could only presume I wouldn’t be doing it! Life is too fast-paced for old-fashioned manners. 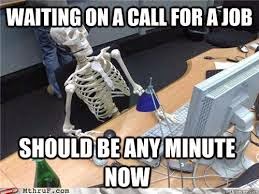 Some actors get put ‘on hold’ for a job, or ‘pencilled in’ for an advert. This means they like you, potentially want you but are waiting for someone else to turn it down etc before you actually get offered it. It’s a little dangling carrot of hope that you live off from for days, weeks, months.....uh oh they just had an opening night so I’m guessing I’m not still ‘in the mix???’ A friend of mine is still ‘on hold’ for Wicked. It’s been 2 years now!

Humans don’t seem to be very good at cutting to the chase; we fanny about not wanting to hurt people’s feelings when the waiting actually hurts more. Maybe we should get casting teams to play the ‘yes-no’ game we played as kids......
Me - “You can only say yes or no.....did I do a good enough dance to get through?
Them ‘ “Well, you could fit into the mix but, ummm....”
Me -“No waffling please, stick to the rules of the game.”
Them - “Ok, no.”
Me - “Thanks, I can now get on with my life.” 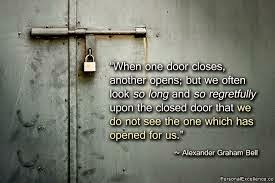 As proven in ‘Mamma Mia’ ‘dot-dot-dots’ only lead to confusion, mistrust and frantic dance numbers. We like a firm full-stop so that we can start a clean new paragraph. Is that too much to ask?
Posted by Daniella at 13:40